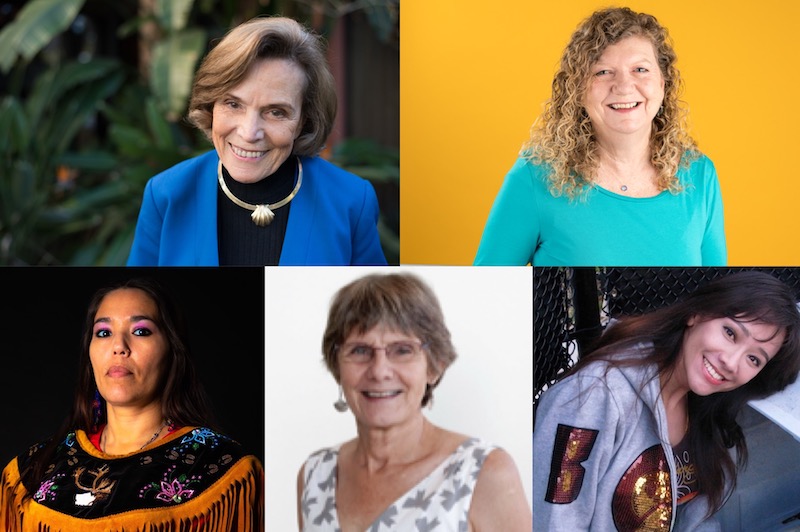 Aurora Expeditions has announced that it will be dedicating its new expedition ship, the Sylvia Earle, to five of the world’s leading female conservationists.
The new purpose-built ship Sylvia Earle, launching in November 2021, is named after the renowned marine biologist, oceanographer and explorer Dr. Sylvia Earle.
According to Aurora Expeditions’ press release, each of the vessel’s public decks will bear the names of other pioneering female conservationists – Dr. Carden Wallace AM (pictured bottom center), Joanna Ruxton (top right), Sharon Kwok (bottom right) and Bernadette Demientieff (bottom left) – along with a deck dedicated to Dr. Earle herself.
“Female scientists are leading the way in global conservation initiatives and we want to honor these five extraordinary women who work tirelessly to make the world a better place,” said Aurora Expeditions CEO Monique Ponfoort.
“The scientists we have chosen are inspiring leaders in their fields, and as part of the deck theming, we will educate our expeditioners on the impressive and important conservation work they continue to do. We are so proud to be able to honor these incredibly talented women.” she added.
Photo credits from top left, clockwise: Chad Brown, Alistair Scarlett, courtesy, Gary Granitch for Queensland Museum, Chad Brown.

Search for jobs and apply